This is the most versatile muffin recipe ever. You can basically make these muffins any flavour you want, just by swapping out the vanilla for other extracts or essences. It could be for breakfast, it could be for dessert, you can seriously get creative. It’s moist on the inside, has a bit of crunch on the outside, and it’s hard to screw this one up. I’ll post the original recipe here, and list the successful variations I’ve tried so far. 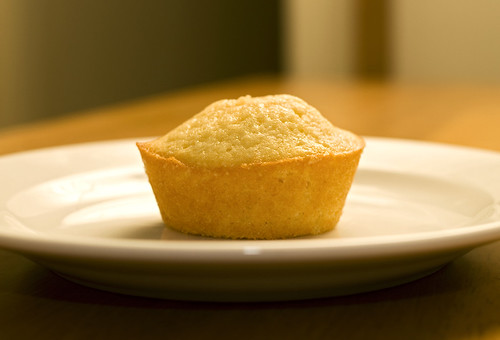 * replacing the vanilla with other flavours is what makes this recipe so interesting. Below are some variations. The key is… stick with 2 teaspoons of whatever you are replacing it with! Otherwise you’ll end up with dry or soupy muffins.

Espresso Rum: 1 tsp of instant coffee dissolved in 1 tsp of hot water, 1 tsp of rum essence, 1/2 cup of chocolate chips. The result is like the best mocha you’ve ever had.

Hi! I’m Kristina. I live in Sydney, Australia with my husband and our dog. I look forward to sharing my diverse and well tested recipes with you!